The power of brand and SEO: Airbnb’s growth story 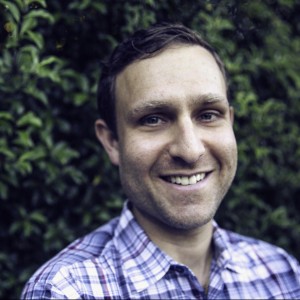 Chief Strategy Officer & Co-founder, Wildebeest
Airbnb’s IPO means so much more than just another unicorn going public. From a marketing perspective, Airbnb is a case study in how to leverage brand and SEO to fuel organic growth.

Airbnb’s IPO means so much more than just another unicorn going public.

For those of us who work directly or indirectly in the tourism and hospitality industry, it’s like a lighthouse’s beacon in a raging storm. For months, the industry has endured the single largest downturn in history, wiping out too many companies and livelihoods along the way.

But now, with a vaccine just over the horizon, the most influential travel company of the last decade is making its debut on the market. This is a signal to public investors, and the traveling public in general, that travel is very much still alive. The recovery is beginning to take shape.

From a marketing perspective, Airbnb is a case study in how to leverage brand and SEO to fuel organic growth. Two things we’re super passionate about here at Wildebeest.

Scattered through Airbnb’s S-1 filing were snippets of insights into how Airbnb became synonymous with consumers’ understanding of short-term rental supply. Plus, it pulled back the curtain on how the company largely avoided the performance marketing ‘race to the bottom’ fate like some of their fellow OTA competitors.

From the start, Brian, Nate, and Joe didn’t set out to create just another online travel company. The backstory is well-known by now. It was 2007 and Brian Chesky and Joe Gebbia didn’t have enough money for rent in pricey San Francisco. There was a conference in town and all the hotel rooms were sold out.

So the duo did what any enterprising young 20 somethings would do – they bought a bunch of air mattresses, put them on the floor of their apartment, and rented them out to conference attendees.

The Airbnb community was born.

The operative word here is ‘community.’

Although it’s hard to remember, the original inventory on the site was majority shared spaces – spare bedrooms in apartments and homes. I have fond memories of the early Airbnb days, meeting some wonderful people who welcomed me into their homes.

Today, things are a bit different. With the rise of professional hosts on the platform, listings for entire apartments have increased 70% since 2017. Those for private rooms have only grown by 13% over the same period.

As a child of the sharing economy era, Airbnb immediately embraced community and traveler/host connections. The founders knew that to entice travelers to adopt their new style of hospitality, they needed a strong brand to appeal on an emotional level.

Brand building started early for the company. Remember the launch of the ‘Belo’ from the summer of 2014?

Brand became the leading star of the marketing show later that same summer, when Jonathan Mildenhall was hired as the company’s Chief Marketing Officer. At the time of his hiring, he wrote the following description on his LinkedIn profile:

“I have boarded the most amazing rocket ship…my job is to help create the world’s first community driven super brand.”

Jonathan wasted no time fulfilling his mandate. From 2014 to 2015, advertising increased nearly 5x, to $23.5 million.

The majority of this spend went towards memorable brand campaigns, with names like ‘Wall and Chain’ and ‘Never a Stranger.’

Perhaps the largest investment in brand marketing came to fruition in 2017. Airbnb ponied up at least $5 million for a second-quarter Super Bowl ad, largely seen as a rebuke against President Trump’s xenophobic policies.

This all begs the question, ‘why?’

Why was a Silicon Valley startup investing so heavily in brand when their online travel peers were doubling down in performance marketing?

Vacation rentals were not a new concept when Airbnb came into existence. VRBO pre-dated Airbnb by more than a decade. Onefinestay launched in 2009, well before Airbnb gained any meaningful traction.

But to this day, who ever says ‘I’m staying at a VRBO? Almost no one.

Airbnb started as a proper noun but became a verb, as in, ‘I’m gonna Airbnb it.’

Leadership knew that a well-designed product plus a meaningful brand that evoked emotion could reinvent the modern leisure travel experience. Not to mention, making inroads into business and corporate travel.

They weren’t looking to become the next Priceline, or Kayak. Their aspirations were much higher than that. They wanted to invent an entire category and as Jonathan Mildenhall put it, become a “community-driven super brand.”

Where brand and SEO collide

Most of us in the marketing or travel industry knew that Airbnb had built an enviable and impressive brand. But before November 2020, we were blind to the true impact that brand investment had on overall user acquisition and unit economics.

As Seth Borko, Senior Research Analyst at Skift recently highlighted, Airbnb has been much more efficient over the past three years. Here’s a look at marketing expenditures as a percent of revenue for some large OTAs:

Note, this is total marketing spend – brand plus paid digital.

Was Airbnb’s marketing team really that much wiser than that of Booking or Expedia?

What Airbnb had on its side, though, was the power of brand and how it fuels branded organic search.

Booking and Expedia forked out approximately $5 billion each for marketing in 2019, of which the majority went to Google Ads. But they had no choice – without a strong brand, customer acquisition was achieved by bidding on highly competitive unbranded terms. Once a user became a customer, loyalty was fickle, so that same customer likely had to be acquired via paid media again and again.

Airbnb, on the other hand, saw branded search and direct as two of its most important acquisition channels.

Here’s a look at organic traffic in the United States for Airbnb and Booking.com, as a blended average over the past 12 months:

As a result of the pandemic, Airbnb has captured 10x total organic traffic versus Booking. Out of a monthly average total of over 11 million visitors, 85% of those, or 9.9 million, came to the site via branded search terms.

Even with Booking’s reduced organic traffic over this time period, it’s obvious that they also attracted a lower percent of branded search clicks – about 55% of the total.

All things being equal, branded traffic generally converts to actual revenue at a higher rate than unbranded. Consider the following example:

User A searches “airbnb charleston” and clicks on an organic link to Airbnb.

User B searches “vacation rental charleston” and also finds an organic link to Airbnb and clicks through. Both consumers are looking for the same thing – a place to stay in Charleston. However, user A has a higher propensity to convert to an actual booking, given the predisposed awareness of the Airbnb brand.

This shows the value of branded search traffic.

Over the same 12 month time period, Airbnb’s branded search traffic was worth $1,022,000/month. Booking’s was only worth $210,000/month. This is based on our estimation of cost-per-click (CPC) if both companies were to have paid for this same traffic volume via Google Ads.

The quality of a company’s SEO of course plays into its dependency on paid search. The less quality organic traffic you can attract, the more you need to rely on paid, generally speaking. The gritty details were unveiled in Airbnb’s S-1 filing, and we also ran some calculations.

Again, using the past 12 months as a snapshot in time, Booking spent an estimated $14 million on average each month on PPC, while Airbnb invested just $1.2 million monthly.

One caveat here is that Airbnb drastically cut costs starting in March 2020. They paused nearly all marketing spend and laid off 25% of its workforce, as both a result of the pandemic and a precursor to filing for their IPO.

Still, the reliance on paid channels by Booking is something the company has historically been very vocal about.

Not to say that Airbnb did not try to replicate Booking’s acquisition strategy. In 2019, Airbnb’s overall marketing spend increased 47% to $1.6 billion. Much of this was allocated to performance channels, like Google Ads. According to Skift, this resulted in a 31% increased net loss in that year versus 2018. As it turns out, getting into a CPC bidding war with some of the largest travel companies on the planet isn’t such a great strategy.

Airbnb as a public company will look different than Airbnb as a private startup. Business metrics will be scrutinized like never before. Brian Chesky seems to get this, at least conceptually.

During the recent virtual roadshow for investors, he signaled that marketing spend as a percent of revenue, would decline over time. EBITDA (earnings before interest, taxes, depreciation and amortization) targets are 30%+.

So if that’s the end, what are the means to achieve it?

Certainly Chesky and the rest of the executive team will continue to lean heavily on their company’s brand awareness, as to not repeat the mistakes of 2019. Yes, the company dialed back its optimistic plans to expand into other travel segments, such as air. Yet, horizontal growth isn’t such a bad strategy for a company with as much brand cache as Airbnb. Outside of corporate travel, consumer loyalty is fickle within the industry. But then again, there are very few travel brands with the community that Airbnb enjoys.

It’s also reasonably expected that paid performance marketing investments will be made tactically, in line with commercial and conversion data. Look for Airbnb to utilize paid to supplement their organic strategy, versus the other way around.

No matter what lies ahead for Airbnb, you can bet that brand marketing and SEO will be at the center of the company’s marketing efforts for years to come.

Looking for winning SEO tactics or strategies to grow your brand?

Talk to Wildebeest about our digital marketing and branding strategy services for travel and tech companies.

This site uses Akismet to reduce spam. Learn how your comment data is processed.

PrevPreviousAnnouncing the next era of climate action for the travel industry

The power of brand and SEO: Airbnb’s growth story

Airbnb’s IPO means so much more than just another unicorn going public.

From a marketing perspective, Airbnb is a case study in how to leverage brand and SEO to fuel organic growth.

Announcing the next era of climate action for the travel industry

Wildebeest is thrilled to announce an exclusive partnership with Cooler – a climate technology startup that will bring innovation and transparency to the travel industry’s continued focus on creating more sustainable experiences.

We looked at hotel search trends. Here is what we found.

This is a first in a series of travel industry deep dives into changing organic search behaviors as a result of COVID-19.

The focus here will be on traditional hospitality and hotels.

10 Technology Companies That Can Save Our Cities

Our cities face multiple crises never before seen at this scale. Yet, these innovative smart city and mobility companies worldwide are working to solve the most pressing issues.

The distribution landscape for short-term vacation rentals is dominated by marketplaces. However, the pandemic has revealed some weak points and misalignment of incentives within the traditional marketplace model.